I'm pretty sure I've told you all this a million times but I love brussels sprouts! At one point in my life, I actually entertained the idea of marrying these little yummy dudes, but guess what I found out? It's illegal to marry food! Who knew right?! 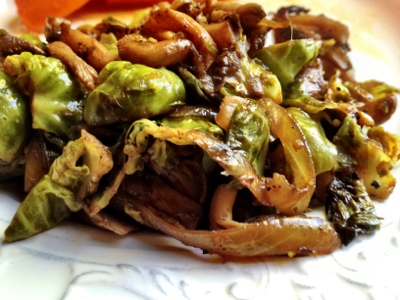 This dish would definitely convert any none BSprout fans into full fledged stalkers. Everyone at the ShugaShack was feeling this dish. I served it along side some maple glazed carrots, and had to do some real plotting and scheming to make sure I had some left over for lunch the next day. Did I mention I had to plot and scheme against myself?! Yeah. That happened. 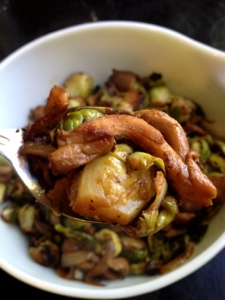 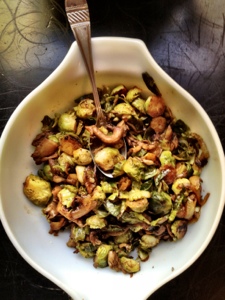