Vegan MoFo: It's that time of year again! If you don't know what's up, allow me to give you a brief overview: short for the Vegan Month of Food, Vegan MoFo is an annual blogging event about all things vegan. Participants are given daily prompts and then post about it. If you need more info check out the MoFo website and get hip (click here and then come back). Today’s prompt: Indoor/outdoor picnic

Broccoli Salad is to Southern BBQs, cookouts, or picnics as Bubba is to Southern families; every single unit has one and they're all special and unique in their own way. Realistically though they're all about the same (this is primarily directed towards the Broccoli Salad because Bubbas, along with humans as a whole, are complicated beings and cannot be characterized in such broad sweeping generalizations unless for the sake of readability and conversation - still doesn't make it right tho). This Broccoli Salad always seems to show up at any Southern picnic even when not invited,  just like Bubba.

Don't get it twisted this "salad" is totally junk food. Sure it looks like a bunch of gorgeous veggies (because it is) but its got an entire package of vegan bacon, more than too much vegan mayo, and shreds of vegan cheddar cheese in between. It's vegan junk food heaven. 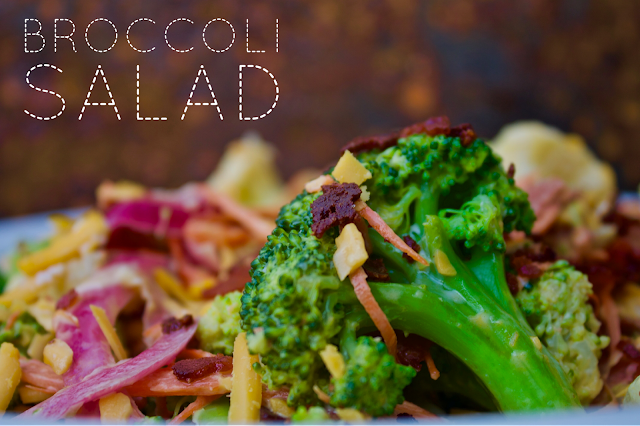 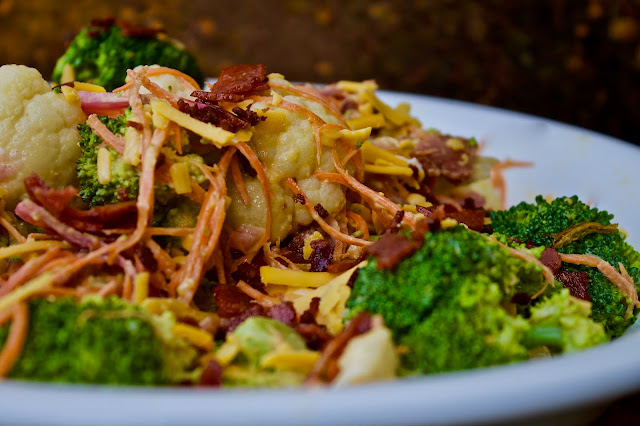 Oh so you love broccoli?


UP NEXT: I'm going to show what's in season.

ICYMI,  you too can cool all the way down with this Spring inspired Creamed Cucumber Salad.