Y'all! Vegan MoFo was so fun this year. I took a few days off after the month long post-a-thon and now I'm back. You can expect a new recipe at least once a week until MoFo 2019.

During my blog break post-MoFo, my band played some out of town shows (which is why I missed the last few daily prompts). After driving through the night to get back to work the next day, we slept for a couple of days and 4 days later, we played another show this time in our home city (don't worry this totally ties into the recipe below but I hate long monologues before recipes so it's also a short story).  My friend Chance showed up at our recently rested home turf show with like 15 pounds of green tomatoes. This has got to be my fave time of year. It's that time of year when all my friends are pulling their gardens and don't know what to do with all those green delicious morsels.

Anyway, since I've got all these damn tomatoes, I'm going to share with y'all my actual recipes for using up those extra green tomatoes everyone seems to have this time of year but doesn't know what to do with it.

First off is this awesome gratin. My partner said it tastes like nachos in a bowl but he may have just been high. It does taste amazing tho and it's super easy. 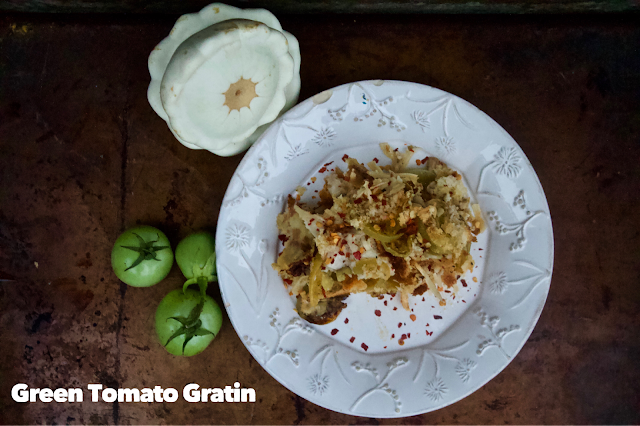 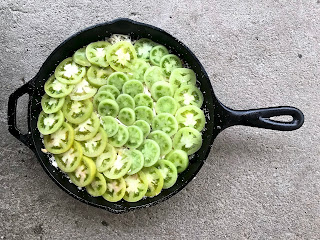 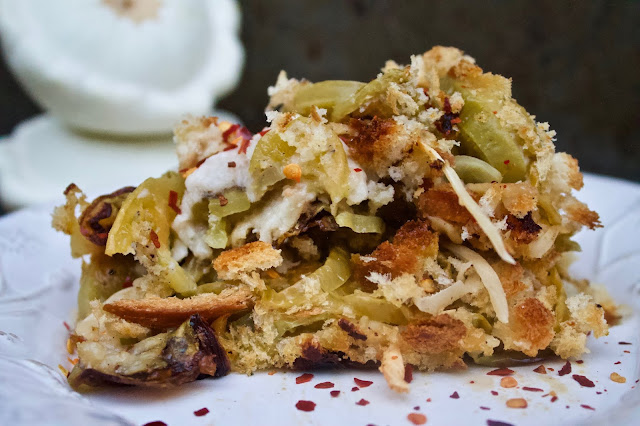 ICYMI, this Roasted Broccoli and Radish Salad has grapes in it and it's super bomb. Try it.
Can't get enough? I'm all over the place, let's follow each other (cause that doesn't sound creepy, at all!) Instagram, Twitter, Facebook, and Pinterest.  Nothing makes me heart more full than when people let me know they've tried my recipes. If you wanna help make my heart happy you can # vegan4one, comment on the post, post on my wall, tweet at me; whichever socials you feel comfy with.