Apparently, over the summer I concocted a kale and mushroom soup for BandMan that he's been craving ever since he first made mouth contact with it. Since I was taking a break from the blog over the summer I didn't even pay attention to what I made or how I made it. This is a feeble, yet delicious, attempt to recreate that soup that he's been jonesing for.

I double dog dare you to try it and not fall in love. 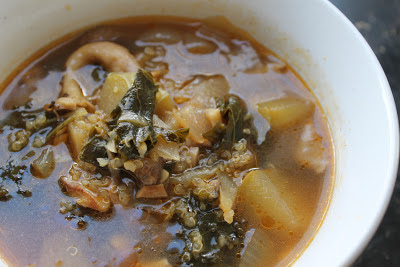 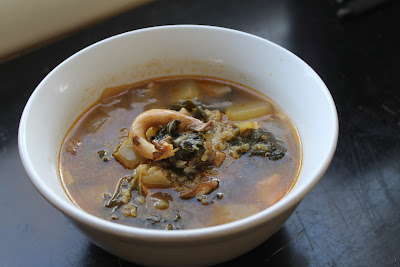