This sandwich was inspired by a few key events: 1) hunger, 2) BandMan's suggestion that we have sandwiches for lunch, and c) a dish I made a long time ago with dried enoki mushrooms that would take more time than I'd like to spend typing out the long explanation (not to mention, you'll probably get bored reading it; hell, you're probably bored now).

Just know that this is a crazy delicious sammich that deserves respect. Annnnnd a nice cold frothy beer served next to it. 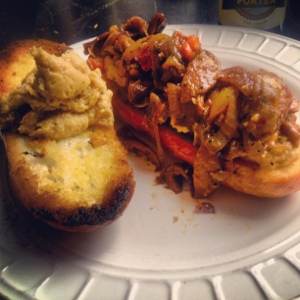 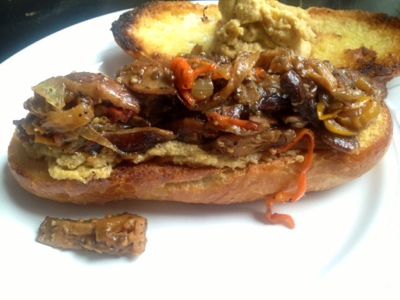 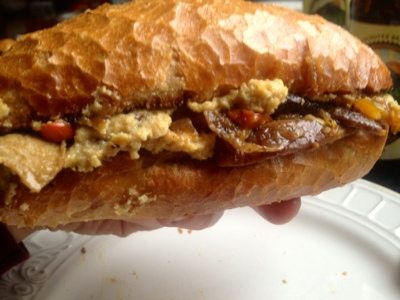